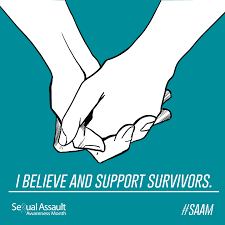 ‘My body, my choice, you will never silence my voice’

Did you know that in our nation, every 98 seconds someone is sexually assaulted, and 9 out of 10 of those victims are female? Although the rate of sexual assault and violent crimes have gone down, it does not mean the fight to put a stop to it is over.

As we all know, President Donald Trump has 12 sexual assault allegations against him. Our country’s votes showed that the public does not really care about sexual assault or take it very seriously.

Recorded audio was found of Donald Trump admitting he does not care about sexually assaulting woman. His supporters brushed this statement off as “locker room talk.” Claiming this is normal conversation for men. Although it is 2017, the old rule, “boys will be boys,” still applies.

Not only does our president have these allegations against him, he also defended Bill O’Reilly after he was fired for sexual harassment.

I, myself have been a victim of sexual assault. One of my favorite forms of self-expression is music. I wrote a song titled “MY BODY, MY CHOICE” to discuss this tough subject and confess how it makes me feel.

“He lifted her skirt and started to caress every inch of her body, the action was shoddy.

How could she not question this delusion?

The illusion created by a patriarchy, boys will be boys they say,

My body, my choice. You will never silence my voice.

He said baby all you had to do was keep saying no.

Baby how far are you willing to go?

I thought that I was tough enough but never expected this to be so rough.

My body, my choice. You will never silence my voice.

Unaware of the consequence of your action. This led to me wanting retraction.

From everything around me, maybe one day you’ll see.

My body, my choice. You will never silence my voice.”

Sexual assault and sexual harassment is still a huge issue in our country that continues to not be acknowledged by the population at large. Spreading awareness is the most important step in getting this issue taken seriously.

If you or someone you know has been sexually assaulted, know that you are not alone. We are all together in this.