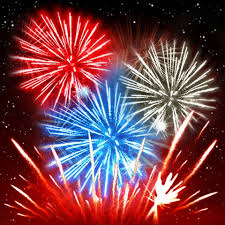 As the Fourth of July approaches, regulations and restrictions have been placed in order to ensure a safe and legal celebration. However, the communities of Bakersfield and Kern County have varying feelings about the use of fireworks by the public.

In accordance with the Kern County Fire Department and Kern County Sheriff’s office, “The Kern County Board of Supervisors enacted the social host liability ordinance for ﬁreworks in 2015. This ordinance states that if illegal ﬁreworks are possessed, manufactured, discharged, stored or sold on his/her private or commercial property, the owner or tenant of that property is liable and will be cited.” Illegal fireworks include any fireworks that have been modified or do not contain the state fire marshal “Safe and Sane” seal of approval.

Bakersfield residents Kevin and Christine Wright both agreed that fireworks of any kind should not be sold over the counter to the public. “It’s a hazard really and it leads to property damage and a waste of resources. I mean how many local fires happened last year and firemen and policemen had to be dispatched? The money that is spent on those resources could be saved if those fireworks weren’t sold to the public in the first place,” said Kevin.

Robin Wallace agreed with her associate, Wright. “Fireworks lead to pollution and injuries. I’m a nurse and I’ve seen the injuries caused by fireworks. This could be avoided if there were shows and venues where people could go to so they could enjoy fireworks and have professionals handling them,” said Wallace.

Tina Bermudez, another Bakersfield resident, also agreed that even the use of legal fireworks is unsafe for the community. “I am not a fan of fireworks at all. I will do them for my kids but not the big ones… In a controlled venue where I’m far away from is fine, but I guess it’s a safety thing for me. As far as on the street and the people who use those, it’s just not safe. Even the pipe fireworks, if they tip over and shoot off, it’s just not safe,” said Bermudez.

Bermudez agreed that fireworks should be restricted to venues for the enjoyment of those who wished to view them and so those who wanted to avoid fireworks altogether could do so as well.

Another local couple, Abdiel and Sara Ortiz, also felt that fireworks should be limited strictly to organized venues.

“I like the organized fireworks, but were from the east coast and that’s what we grew up with. I mean we had sparklers and stuff maybe at a barbeque but when they have them out in the streets super late at night and days after it’s not OK,” said Sara Ortiz.

Not all felt that fireworks needed to be restricted from the public completely. Some simply felt there needed to be more safety within the community regarding fireworks.

Jasus Barajas enjoys the use of fireworks and finds them to be fun and entertaining. “I actually love them. The only thing that’s annoying is when people buy illegal fireworks for their neighborhoods and they shouldn’t use them,” said Barajas.

Adilah Lone is a mother from Los Angeles who says she’s used to being able to do a lot for the Fourth of July and thinks fireworks are a great form of entertainment for the family.

“Out here in Bakersfield, I think it’s really cool if they have them,” said Lone in regards to large flying fireworks. “I totally am for them, especially if you have young kids. I love it. I think those are the best ones. But I understand the safety issue. I’ve heard the stories of them exploding in your hand and maybe people don’t know how to use them. Then when you have little kids around it could prevent an accident.”

One local resident, Kirk Mcginty, wished that there was more freedom to use fireworks. “I think they’re a fabulous expression of patriotism and celebration. I think the bigger explosive ones are more fun, of course you always want to be safe and take the precautions, but I love them.”

Mcginty believes that the community is responsible enough to handle larger fireworks and should be able to enjoy them.

“I’m from Texas and me and my family every year would do the mortar canons and roman candles. We’d have bottle rockets and larger fireworks all the time. We’d have all sorts of fireworks. We had a bit of land and it caught fire but we were able to maintain it because we took the precautions making sure water hoses were readily available but it can be done,” said Mcginty.

The views on fireworks use vary all throughout Bakersfield and Kern County, ranging from banning the sale of public fireworks to making more firework use legal. Overall the most important factor is safety and caution when using any fireworks. According to the Kern County Fire Department and Sheriff’s Department, “residents [are] to use ‘Safe and Sane’ legal ﬁreworks within the approved time lines.”