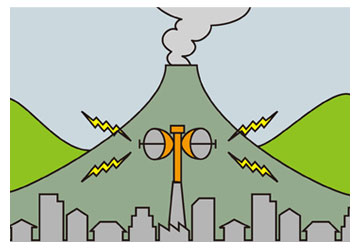 When it comes to shielding our communities from natural disasters, early warning systems have proven effective. Similar warning systems could prevent human-made disasters, like the recent mass pesticide poisonings in Bakersfield, Salinas, and Watsonville. We can’t do much about protecting farmworker communities from the harms of pesticide drift until we know beforehand where hazardous pesticides will be applied.

We are organizers in farmworker communities of Kern, Monterey, Santa Cruz, and Tulare counties, where pesticide health threats are central concerns. Our hope is that the State of California acts quickly to provide necessary funds for County Agricultural Commissioners (CACs) to share pesticide application notices with the public as they are approved in advance. Californians should be warned about the possibility of drifting pesticides.

You have probably seen the red-lettered skull & crossbones pesticide warning signs on individual fields recently “sprayed”. But those signs don’t tell us about what’s happening on fields a mile away or even across the street. That information could have helped the 50 cabbage workers near Bakersfield, the 18 celery workers in Salinas, the six raspberry workers in Watsonville, and the most recent case of at least ten garlic workers in Bakersfield, as farmworkers in all four instances were treated for illnesses likely caused by poisonous pesticides drifting on them from distant fields.

This is all too common. California’s Pesticide Illness Surveillance Program indicates at least 1,131 people have become sick from pesticide drift exposure in the last five years (2010-2014) alone. The most comprehensive report about pesticide drift poisonings studied 738 drift illness incidents between 1998 and 2006. Eighty-five percent of the illnesses came from exposures within 1-mile and two-thirds occurred from pesticide applications between ¼-mile and 1-mile away.[1] Our pesticide protections must take this danger of long-range drift into account.

Kern, Monterey and Santa Cruz CACs have yet to finish their investigations of recent drift incidents – but our experience is that these after-the-fact investigations only highlight the dangers of drift once the damage is already done, with little effort to acknowledge or inform residents, workers, and growers of potential drift beforehand.

Last year in Tulare County, a resident, fearing that pesticides from a neighboring farm had drifted onto her property, called on the CAC’s office to investigate. The office found illegal pesticide residues on the resident’s property, but could not charge any growers with an offense. In the previous 30 days, there had been 19 growers who applied the pesticide within 1.5 miles of her property. Since pesticides drift for miles and up to weeks after application, it was impossible to zero in on the culprit. Nobody had informed the resident in advance of any of the 19 applications.

Yet, we could know beforehand. Growers are required to notify the CACs of their intent to use restricted pesticides at least 48-hours in advance. Then the CAC can approve it. That is when the information should become accessible to the public.

We believe the state should create a comprehensive multilingual notification system, where people are warned in writing, text, and robocall at least two days in advance of pesticide applications within one mile of where people live, work, and play.  Information about the health risks – long and short term – as well as symptoms and treatments for exposure to the applied pesticides should be part of the warning.

At the very least, to allow quick access to information that could reduce risks from drifting pesticides, the State should fund and demand that CACs post all restricted pesticide application notices with map locations on the CAC website at least 48-hours in advance.  The map should indicate a ¼-mile and 1-mile range with concentric circles around the application point.

With forewarning of nearby pesticide applications, people like the Bakersfield cabbage grower would not be blindsided. Growers, workers, school administrators, teachers, and parents could all better protect themselves and the community with awareness of nearby pesticide applications and noting factors that increase health threats, like changing weather and wind conditions, multiple applications in one region, or specific pesticides that tend to present greater risks. Sometimes a significant protection is as simple as closing windows, but some may indeed involve keeping workers or students at home. The time for notification is now!

Valerie Gorospe is a pesticide reform organizer with the Center on Race, Poverty and the Environment (CRPE) based in Kern County.