More than 100 students from Golden Valley, South, and Bakersfield High School walked out today in protest of the Trump’s administration recent decision to end DACA. 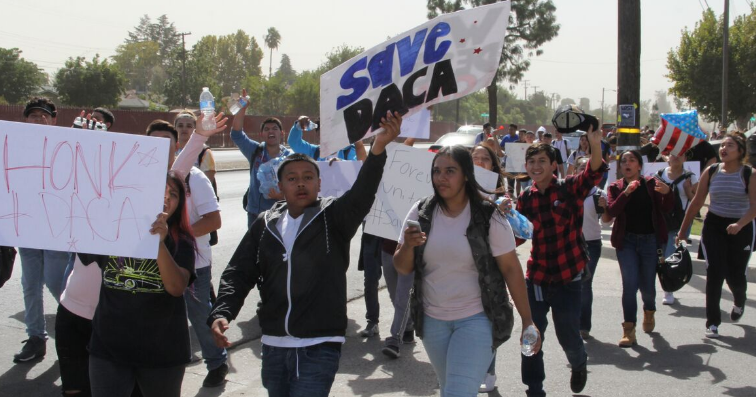 “Families are going to be destroyed if DACA ends,” said Sanchez who has family members and friends who have benefitted from the DACA program.

Just yesterday, the Trump administration released a list of major changes to the current immigration system in exchange for protecting “Dreamers.” The building of a wall is among the list of demands, more money for border patrol, mandatory use of the E-Verify system for employers, reduce the number of resident visas issued, put limits on asylum claims, and make it more difficult for U.S. citizens to sponsor family members.

Today, Golden Valley and South High School students put their rivalries aside and united forces for their fellow dreamers.

“Usually we bump heads a lot, for us to go to South and ask rebels to come out and join us—shows that we are just people coming together for a great cause,” said another organizer from Golden Valley High School.

Congress has until March 5, 2018 to decide what it will to with the DACA program

When asked what messaged she had for dreamers, Sanchez said, “Don’t let anyone bring you down. We are here to support you guys and you are not alone.”