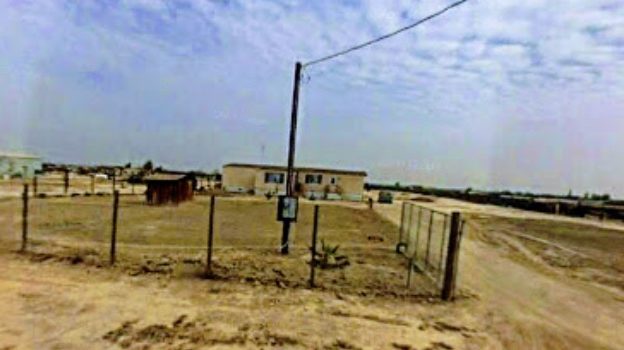 Many of you probably don’t think too much about driving to work or taking the bus to school. It’s simple. You walk on the sidewalk to the bus stop and drive on a road to work. We tend not to notice or acknowledge the mundane details of life — like our sidewalks and paved roads — because we have access to them all the time.

But have you ever thought about how much your life would change if you no longer had access to safe and working roads? It sounds like a nightmare, yet it’s a reality for some us living in Kern County.

I used to live on Lytle Avenue, a dirt road in Delano with no sidewalks. The many people who live
on Lytle Avenue use that road to get to and from work and school.

Although so many people in my community rely on Lytle Avenue, it’s broken and dangerous.

School buses won’t drive down the street because it is not paved. As a result, students from Lytle Avenue walk more than a mile without sidewalks to the closest bus stop.

There aren’t any street lights on Lytle Avenue either, which is scary when you walk home at night.

As if that wasn’t enough, Lytle Avenue floods every time it rains, making the road even more inaccessible than it already is.

In my hometown of Delano, these ongoing issues have been a major reason for the community to come
together and demand change. We ask for better investments in our community to ensure a better
future.

My neighbors have been dedicated to fighting for change. They have been attending town hall meetings to ensure their voices are heard by those in power.

Last year, nearly everyone from Lytle Avenue went to the Kern County budget hearings to advocate for the needs of Lytle Avenue. Participants included parents of students who missed school because they couldn’t get to the distant mile bus stop; former students who were harassed on the street while walking to school by inmates in the jail set back just off the road; and residents who feared their house would burn down during a 9-1-1 call because the fire department couldn’t find their unpaved street.

Residents have gone in circles, meeting and talking with the Kern County Board of Supervisors, roads departments, school districts, city officials and assembly district representatives.

In April of 2017, residents began meeting regularly with a community organizer from the Center on Race, Poverty & the Environment (CRPE), a local nonprofit fighting for happier, healthier lives for Kern County residents. Our house meetings have taken place in my old neighbor’s backyard on Lytle Avenue in the cold of winter, as well as in the summer heat, when it has reached 110 degrees. Chairs, bottled water, butcher paper, markers — and the occasional carne asada — make up the regular scene for our meetings.

Recently, we came up on another year of advocating for a paved road, street lights and a sidewalk, and the tide has finally started to turn.

Last month, a group of high school students, including myself, from Delano met after school at the office of CRPE and called the Kern County Board of Supervisors ahead of their scheduled vote on the general budget for the year. We asked them to invest in our communities by increasing funding for parks and improving infrastructure in our neighborhoods.

We were so excited when we heard that the Kern County Board of Supervisors allocated $2.65 million to invest in the county’s parks, and we also learned that the County has appointed a Lytle Avenue project manager who will ensure the road finally gets paved.

This renewed focus on Lytle Avenue is thanks to the hard work of students from Delano and the ongoing work of the residents. We now know that the county is listening after years of speaking at public meetings.

Going to work or school should be simple. It shouldn’t be as hard as it is for my neighbors to live their day to day lives. It shouldn’t be dangerous for students trying to better their lives and get an education.

This is a road to success.

Norma Ruiz is a senior at Robert F. Kennedy High School in Delano.