Q&A: Delano city councilman Bryan Osorio talks about his plans for the community

Bryan Osorio, one of Delano’s newest city council members, was sworn in last month and began his four-year term on the city council.

Osorio, a Cesar E. Chavez High School graduate, recently graduated from the University of California, Berkeley and majored in political science and cognitive science with a minor in political policy.

The 23-year-old defeated his challengers in the Nov. 6 election by taking nearly 33 percent of the votes. As the results began to come on election night, Osorio said he felt reassured and honored to not only get support from his team, but the support of the community for granting him the most votes.

South Kern Sol’s Zhakeila Cabico sat down with Osorio to talk about his vision for Delano during his time on the city council.

Q: What do you hope to accomplish during your time as a city council member?

A: So, this is a four-year plan, and one that I am still working on — having been sworn in Dec. 10. The biggest priority for me right now is the water issue. The water issue is defined as the rising cost of water utility in the city of Delano. The water issue is one of the most resounding topics and issues that people would like to see resolved. So, in seeing how we can get more subsidies for water rates, or seeing how we can prevent a future water rate increase, that will be on my radar ASAP. It is on my radar right now and that’s the biggest issue. But throughout my four years, one of the biggest impacts I hope to accomplish is getting more youth involved in not only city and county politics but also in state and national politics. Because I believe if we are able to train our leaders not only in this community but all communities, they will go far in the future. It will not just benefit the city but also benefit their lives.

Q: What do you think are the biggest issues Delano youth face? And how do you plan to fix these issues?

A: There’s two evidence I can answer this question. From those two perspectives, me, as a young individual and a resident of Delano, I think one of the main issues youth face is there isn’t so much exposure to the full potential of their capabilities. I think that if we are able to expose them to more STEM programs, I think we are able to decrease that disparity that we often see at colleges across the country. Not only that, I also hope to see an awareness, social awareness, social justice issues. I think that if more youth are able to see that, it would really help them in their approach to issues that they face on daily basis. Another thing that is lacking in Delano is a community center where youth can get together and discuss ideas. When I say youth center, people often compare it to a library. If it’s a library, I’m more than happy to do so, but I feel like there needs to be space where students get together, discuss ideas or just hang out. We often do that at fast food restaurants. If there’s a space where youth can get together and feel like their comfortable to hang out, it helps them in their peer socialization. And one of the last things that Delano youth are affected by are the lack of job opportunities. I think that youth are lacking job opportunities to help them in their resumes but also, help them in their experience.

Q: Why did you decide to run for the position?

A: I’ve always wanted to help my city and my community. And when I went to college, I didn’t know what I wanted to do, but I always knew in my mind that I wanted to help them out. Initially, I wanted to become a civil rights attorney or an immigration attorney, but I wanted to do something that was more immediate in the city of Delano. Towards the end of my college career, I thought to myself, “Why not do something that I’m really passionate about,” which is politics. So I ran. But that’s the surface level explanation. When I was going door to door, I said,“Hi, I’m running for city council. Will you vote for me?” The most common remarks made by voters involved my age. Voters said, “Aren’t you a little youth to get involve in politics?” I thought, “Kinda.” And then they follow up with saying, “Do you like politics.” And my response is, “ I don’t really like politics. I just think that it’s a necessity. I think it’s a necessity to challenge the status quo of complacency. Whether if it’s complacency in the form of policy or complacency in the sense of attitudes.” So for me is was that. Going back to your question, what I hope to accomplish during my four years in I hope that my actions, my policy decisions and my votes give the people their best interests in the form of a vote, in the form of a verbal expression and the form of solidarity.

Q: How do you feel about being the youngest city council member Delano has had? Did you face any issues while running for your position?

A: Yes. I think one of the biggest issues. People said I was too young. They said I lacked experience. However, continuously even up to this past meeting, council members did not know anything about politics when going in. So my response to that would be, in the past two years of college, I was involved in student government. My student government is known as the Associated Student of the University of California. But last year, I was also involved in the University of California Association, a statewise UC advocacy group. I was one of the appointed leaders from Berkeley and was happy to serve as an organizing director. But that was one of the biggest ways I responded to the issue of quote on quote “lack of experience.” I think I do lack experience but it does not mean that I am not mature enough for this position. I hope I handle it well, and it seems that for the people that voted, I was able to gain their trust.

Q: As a new politician, what are you excited to work on the most?

A: One of the biggest things I feel I need to explore — not just because of my personal interest, but because it will be helpful to the community — is how we can have more town halls or community forums where people go see who’s representing them. In this case, I hope to be the forefront of these town halls fielding questions from whoever shows up. A challenge would be getting people to go out to these town halls, but it is one of my biggest interests because if I can see what’s on their mind, I can simultaneously address the current issues in the community but also some of the issues that are not just in Delano but in the Central Valley.

Q: If you can give one advice to the youth, what would it be and why?

A: Often times we are reluctant to take chances because we are afraid of risks, and it’s natural. It’s neurologically natural. However, I feel that if no one is going to get hurt especially yourself, take the chance. Get the new experience but remember, above it all, stay rooted in your values of family and friendships because it is what’s going to help you wherever you go. 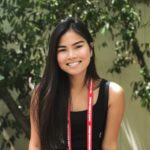 Zhakeila Cabico is a youth reporter from Delano for South Kern Sol.