Representative Zoe Lofgren and Senator Dianne Feinstein introduced Thursday morning the Agricultural Worker Program Act of 2019, which, if passed, grants farm workers and their families the right to apply for legal status.

Those who qualify under the Agricultural Worker Program Act, also known as the Blue Card Bill, have to be employed on U.S. farms over the past two years, pass thorough background checks and pay a fee, according to the United Farm Workers. Permanent legal status would only come after workers continue laboring in agriculture over an additional three- to five-year period.

“Farm workers wake up early in the morning and do their part to feed this county, and it’s time this country stand by them and give them the opportunity to be legalized,” said Marichel Mejia, the civic participation and policy coordinator with UFW Foundation. “The Blue Card Bill provides a pathway to earn citizenship to farm workers who are doing this hard work for themselves and their families.”

“We are still introducing this measure because we recognize their hard work and the attack they are under the Trump Administration,” Mejia continued.

“People are afraid to leave their homes when they drive to work every morning,” Romero and Tellefson continued. “They deserve relief.”

The UFW says the bill also benefits growers by guaranteeing them the legal and stable workforce.

“The Lofgren-Feinstein bill is equitable and rational immigration reform serving the needs of both farm workers and growers,” Romero and Tellefson Torres said. “Doesn’t it make more sense to let law-abiding, tax-paying undocumented farm workers in this country now earn legal status before turning to substantial numbers of additional guest workers from outside the U.S.?” 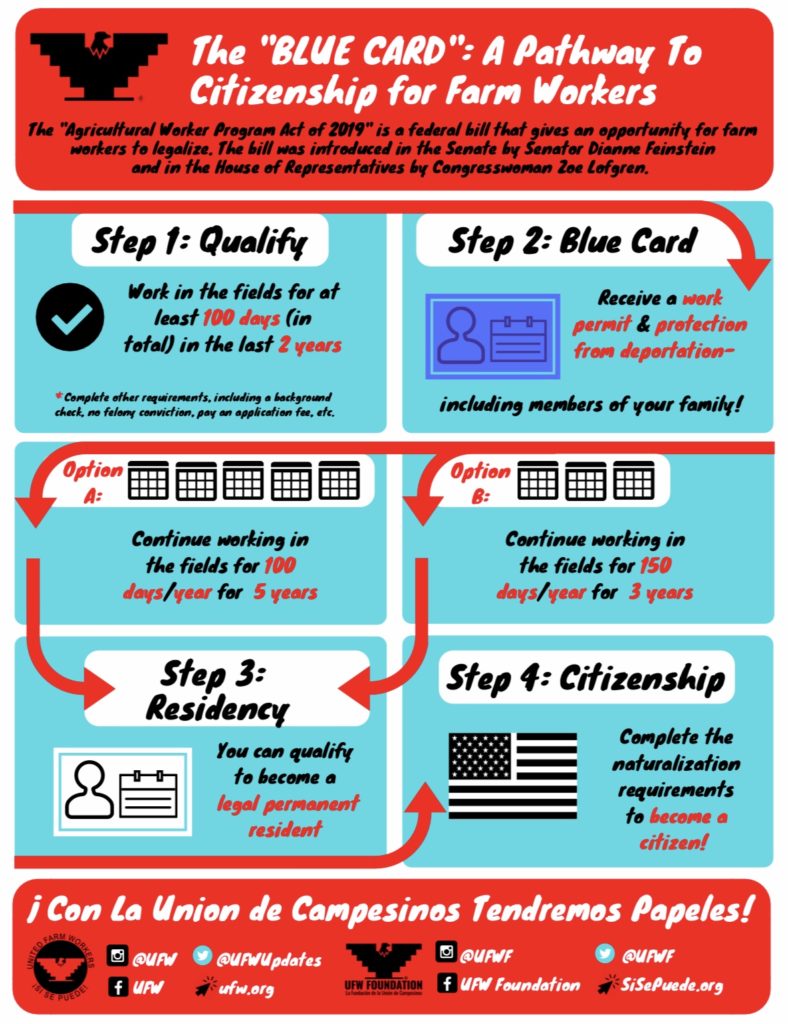