For more information, head to Kerncounts.org.

The Kern Complete Count Committee launched its 2020 Census Outreach Campaign Monday morning outside the Beale Memorial Library, with a goal to raise awareness and educate the community on the count.

The committee was the first in the Central Valley to launch a campaign, according to Benita Duran, a partnership specialist with the U.S. Census Bureau. In order to reach as many communities in Kern, committee members spoke at the press conference in three languages: English, Spanish and Punjabi.

“I will be speaking in Punjabi because we need to make sure that every single community is counted in Kern County,” said Manpreet Kaur, a member of the Count Committee.

Speakers at the press conference said the census results serve a crucial purpose. They determine how many House of Representatives seats a state receives and determine funding for schools, hospitals and assistance programs. 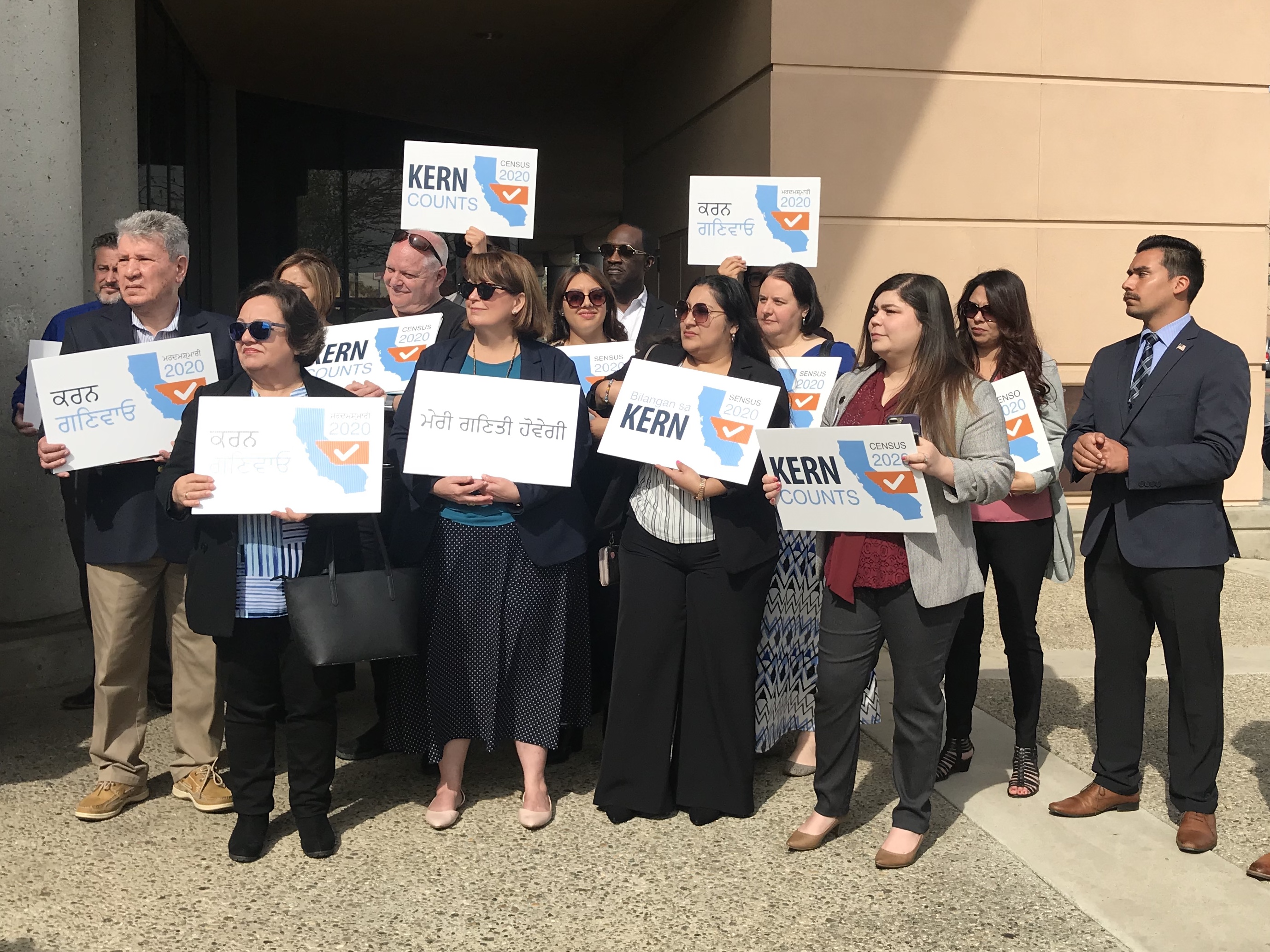 The Census Bureau estimates 27.2 percent of households in Kern are unlikely to respond to the 2020 Census. That’s why the campaign, “Kern Counts,” focuses on Kern’s hard-to-count populations, including the Latino population, families with children under the age of five, renters, households without internet and non-English speakers.

Several reports have shown an addition of the citizenship question to the census questionnaire may result in low turn out; however, members of the committee ensured the information provided is confidential.

“With regards to the citizenship question, all the questions on the questionnaire are safe,” Duran said. “They are protected under Title 13 and Title 26. (The Census Bureau) would never reveal the confidentiality.”

The committee is dedicated to counting all members of the community without barriers. To achieve the goal, the committee has big plans, thanks to a grant Kern County received worth $880,000, dedicated to Census outreach.

The committee plans to set up census kiosks in public spaces, such as libraries and community centers, to make questionnaires more accessible. It also plans on launching a marketing campaign, which includes billboards and television, print and radio advertisements.

“We need those dollars to come into the city of Bakersfield and the County of Kern,” said Dee Slade, the executive director of the African American Network of Kern. “We need to continue to build a strong infrastructure here and a strong economic base. We need you.”