Commentary: Targeted harassment of the GSA Club shows an unmet need for education on LGBTQ+ issues

My sister was more than excited about the first Gay-Straight Alliance meeting at Frontier High School. Not only was it the first club meeting of the year, it was also the first GSA meeting in the school’s history.

GSA members gathered in room 813 on Aug. 28. My younger sister, a junior, was part of a group of students united under the single goal of chartering the GSA club at Frontier High School for the year of 2019-2020.

After the conclusion of the meeting, my sister recalled a group of students shouting homophobic slurs at the GSA club members. She felt these students were trying to intimidate the group by following the GSA club members through the school and out to the parking lot by waving “Make America Great Again” flags, the slogan of Donald Trump.

My sister felt they used the slogan as their symbol of protest in opposition to the formation of the GSA club.

President Trump has been accused of holding homophobic views but has so far denied having any agenda against the LGBTQ+ movement. When I asked my sister how she felt about the situation, she said she was, “shocked that people could show so much disrespect towards others.”

Unfortunately, this was not the first time my sister experienced homophobia at Frontier High.

Some of her classmates have used her identity- as part of the LGBTQ+ — against her, making her uneasy in her own school. But these incidents aren’t just affecting her. She shared this tory with me.

A transgender student has been mocked by classmates. Other students have made comments like, “Should I identify as a carrot?”

It was this passive-aggressive attitude expressed by much of the student body towards those who do not identify as cisgender and heterosexual that prompted my sister and her friends to approach their choir teacher, Mr. Ball, into volunteering to be GSA’s Club advisor. The club members hoped a GSA club would provide a safe space on campus for those who are allied with or identify as a part of LGBTQ+.

This incident resulted with the suspension the students who instigated the harassment. In addition, Frontier High gave the student body an informational presentation on discrimination and sexual harassment.

Students in the GSA club, including my sister, felt the presentation was too little and too late. My sister said she felt a more thorough presentation would have benefit the student body. Such a presentation could have included the history of discrimination against LGBTQ+ and additional education on how to respect people’s identities by using correct pronouns.

It seems many teenagers often don’t understand the gravity of how discrimination against LGBTQ affects many people. Discrimination holds a heavy consequence, and as a result LGBTQ+ youth show higher rates of struggling with their mental health than their heterosexual counterparts. It is no laughing matter for students to use the identity of others as comedy material.

When asked how the community could be more inclusive towards LGBTQ+, my sister recommended Kern County residents support policies that would help teachers and students understand what LGBTQ+ is and what it means. Many of the differences in ideology that lead to the harassment of the students was due to a lack of understanding.

Conservative ideology wishes to preserve the “traditional” meaning of relationships, while LGBTQ+ wishes to establish their rights as individuals. It seems most extreme right-wing ideology continues to protest the voices of the marginalized in the hopes that LGBTQ+ do not become visible in society. However, this is a misconception.

Shutting down the group who you do not agree with does not cease their existence and only creates hurt within families, community and society. The conflict created by the MAGA adorned students showed there is a clear split between students who held progressive thoughts and those who maintain “traditional values.”

This event not only reflects the clash of two ideologies at Frontier High, but also of the world at large. Discriminated groups around the world are pushing to gain visibility and rights in society, with opposition, often leading to harassment and violence.

Open minds and open hearts are needed to heal this gap. Education that teaches the effects of discrimination and encourages peaceful discourse is needed to stop harassment based on individual differences. The American way of relentlessly insisting to have our own point of view validated needs to be transformed into a culture of acceptance and conversation. 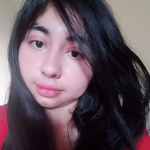 Xochitl Martinez is a youth reporter for Kern Sol News. She is currently a junior at Cal State Bakersfield.