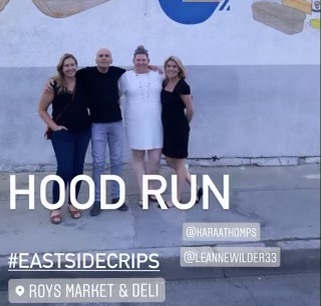 I am deeply bothered by the actions of a group of current and former prosecutors of the Kern County District Attorney’s Office who believed it was okay to tour East Bakersfield in such an insensitive and nonsensical manner.  They captured their tour by posting photos to social media using hashtags naming local gangs and tagging establishments.  These are people entrusted with serving the community by prosecuting people who violate the law and cause harm to the community.

When I was a kid, I knew I wanted to become a deputy district attorney.  I thought it would be amazing to serve my community by taking an active role in keeping it safe.  In my young mind, I thought DAs have the authority to direct the criminal justice system in the fairest manner possible to make communities safer and represent the interests of the people.  As I got older and took classes like Critical Race Theory, and learned more about our criminal justice system. I realized that unfortunately people who looked like me are significantly underrepresented in DA offices, and I realized that if I really wanted to care for and represent the interest of the community, I could do other public interest work that helped to resolve problems upstream, really address the root causes, instead of getting involved when an issue reached the court system.

I have had the privilege to serve East Bakersfield residents for more than six years as a practicing attorney in Kern County.  While I do not live in East Bakersfield, I am a Central Valley native and it reminds me a lot of Southwest Fresno — a place I spent a lot of time in growing up.  The NEIGHBORhoods that were captured in the deputy DAs photos, are actually historically Black neighborhoods — where many people of color now live — and should be respected and protected.

The four people photographed, the person who took the photos, and anyone else who was involved in this ill-advised tour should at the very least volunteer their time in East Bakersfield so they can begin to formulate an accurate depiction of the community they recklessly mocked.  Also their actions undervalue the seriousness of the harm that is caused by gang violence and they took photos cheerfully where they knew people may have experienced their worst moment.

I think about what I would want to do if I were leaving Bakersfield for another opportunity.  I actually would go on a tour too but mine would be remarkably different.  I would want to visit with the residents I had the privilege of serving over the last six years.  I would want to thank them for entrusting me with their time and experiences.  I would not disrespect them.

Adeyinka lives and works as an attorney in Bakersfield, California.