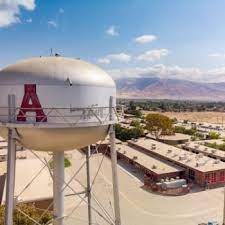 Estela Escoto, President of Committee for a Better Arvin, has been working hard to improve the water standards in Arvin. The committee has been working with EPA and the State Water Board to reach the EPA’s safety standard for arsenic of 10 parts per billion that was ordered in 2008 by the EPA.

The committee has also been working with Raul Barraza, General Manager of the Arvin Community Service District, with the Arsenic Mitigation Project to lower arsenic levels and the Brown and Bryant Superfund Site to remove a well from contamination.

“Previously, one of the wells was close to a contaminated area that we have here in the City of Arvin, and the EPA gave us 2.5 million dollars to make a new well that has already been done. The entire process took 10 years,” said Estela Escoto.

The funding that Arvin received from the EPA in 2017 helped build a new well away from the contaminated area in the Brown and Bryant Superfund Site in South Derby Road. This well was replaced in a new area away from contamination.

The contaminated well distributed pesticides and other agricultural chemicals. These chemicals can cause health issues in humans.

Fundings from the federal and state also helped fund for new well facilities that were placed in Arvin.

“We are also very proud. The Committee for a Better Arvin started getting funded for that specific reason that the water was very contaminated with arsenic and in those years the EPA came to the City of Arvin and that’s when everything started,” said Estela Escoto.

Estela’s next step to help better the community of Arvin is to work with AB 617 to improve the levels of contamination in Arvin.