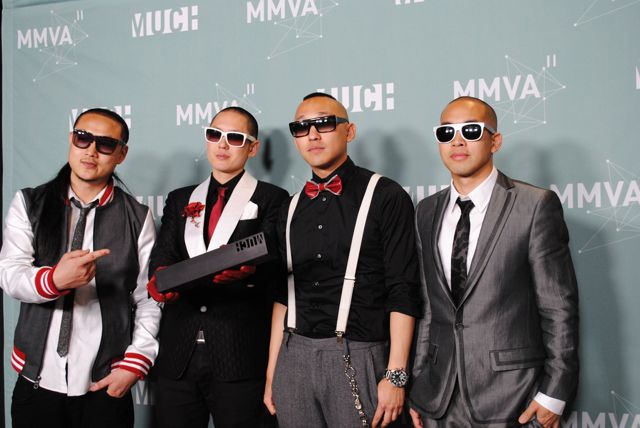 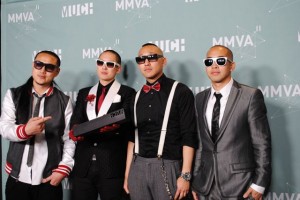 Far East Movement was one of the many performers at Hot Fest 2011/Courtesy Photo Flickr.

Although there were differences between 2011’s Hot Fest and 2010’s Hot Fest, it was still an entertaining and amusing event.

Hot Fest 2011, created by Hot 94.1 and Hot Hits 93.1. The performers were Lloyd, Kreayshawn, Far East Movement, Kat DeLuna, T-Pain, Flo Rida and The Game. Far East Move was the only group, who had performed in Bakersfield. The others had their first opportunity to see what Bakersfield’s crowd was like.

Both years, the concert started at 7:30 p.m. As habit, most people arrived late to the concert. Last year, the organizers stalled until almost all the concertgoers arrived. Unfortunately, this year they began right at 7:30 p.m. this meant those, who arrived late missed out on the first two performers; DeLuna and Kreayshawn. DeLuna brought girls to the stage to dance with her as she sang the song ‘Drop It Low.’

Another difference this year was the way the performances were scheduled and the process they had to follow. After each performance was done, the lights would turn back on and DJ Wreck would play some music while they would set up for the next performer. This was a downfall because as the audience was beginning to get rowdy and into the mood with the first performance and ready for the next, this ‘break’ would calm the crowd.  Last year, it was performance after performance, which made the crowd louder and in a more cheerful mood. It should stay that way for the next Hot Fests.

This event is usually a drama-free concert. Last year, there were no fights, no difficulties or problems. This year, two men got into a fight during The Game’s performance. First, it began with only them. Then two girls joined in. Security had a hard time trying to separate them, but luckily they finally got them apart. They were then escorted out of the event.

During Flo Rida’s set female fans were escorted to the stage to dance the song ‘Low’ with him and got the crowd crazy by having a security walk him around the seats.

T-Pain’s sense of humor got those present in a more comfortable and cheerful mood. Most performers gave out signed shoes, shirts or jewelry of theirs to give their fans a special memory of them.

The performers did a wonderful job at getting the crowd into the mood although it was a little time consuming. Yet, they showed Bakersfield a good time and made the concert worthwhile.