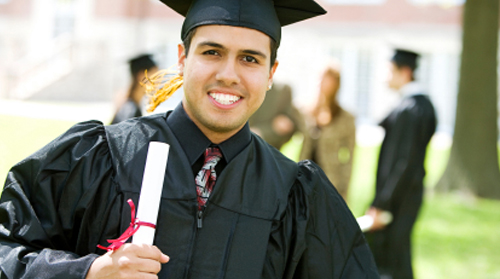 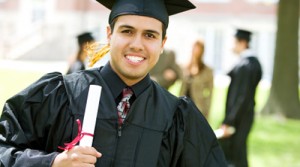 Ed. Note: Last week South Kern Sol featured the first part in this four part series featuring youth, who are Dreamers. Many Dreamers are marching forward with their hope of the passing of federal Dream Act, where they’d earn their citizenship. Last year, a few of these Dreamers shared their personal stories with South Kern Sol Reporter Miroslava DeLeon. This is one of their stories, part four of four in series.

I was born in Mexico City. By the age of 4, my mother had immigrated to the United States. I was then taken to Oaxaca, Mexico, since she was a single mother. I lived there with my grandmother. My mother visited me every year until I was 9 years old. In 2004, I crossed the desert and I moved to Madera, California.

We crossed all Mexico, because Oaxaca is in the south of Mexico. We had to travel in a bus for a week until we reached the border. I was very afraid since I didn’t know what to expect. I would carry my lunch, my clothes in my bag and a gallon of water in each hand. We would walk at night like at 6 p.m. or 9 p.m. when it was dark (then) we would rest twice at night. It was a tremendous experience. I can still remember how hard it was for me and my mother. She couldn’t walk anymore, but I would tell her to not give up. It was an experience that transformed my life.

My mother is my inspiration although I was not planned. She was actually raped when she was 21 years old and I’m the product of that rape. She wanted to abort me and she tried everything possible. However, I survived and now she constantly supports me and takes cares of me. People always tell me that I have always been a survivor.

When I came here I only attended three months of 5th grade. I moved onto 6th grade, but I had difficulties since I didn’t know the language. I suffered a lot of discrimination. However, back then there was a program called ELD and I received special English classes. I learned the language within two years. I was able to complete 8th grade and graduate from Jefferson Middle School in 2008.

Since my sophomore year, I have been involved with the community. Since I knew I was an undocumented student, I participated in a club called Madera Academic Youth Alliance (MAYA). (This was) after they invited me to an event. It was the first event planned by the Central Valley Youth College for comprehensive immigration reform. This is now going to be my third year in the MAYA club. It’s a school campus club. Last year, I was the president.

From there, I got invited with that group to join the Reform Immigration for America campaign (RIFA). I worked with RIFA and we created a group called the Central Valley Youth Association, which is still in existence.

Throughout 2010 and 2011 we planned May 1st events, a 48-hour vigil, which was a protest against the AB-1070, and other events. This group helped me grow as an activist because now, I see things in a different way. When I compared my stories to the stories of others I realized I was undocumented and that we all have similar journeys.

I’m the kind of student that likes to participate. Although I’m not a smart student I have As and Bs because I’m hardworking. I run for cross country and play soccer. I’m on the yearbook committee. Next year, I’ll be ASB treasurer. I also belong to the Fundacion Union Oaxaqueño, which helps families in need or with disabilities. In addition, I’m the Youth Committee President for the United Farm Workers Union (UFW) in Madera, Calif.

I want to study political science and attend law school. Since I arrived to this country, I have been a farm worker. My first job was picking grapes and I have seen many injustices not only against farm workers, but immigrants. I want to defend those that can’t defend themselves.

I’m working this summer and luckily, I have a lot of support from my mom’s family. I’ll apply for private scholarships. I’ll work very hard to get any scholarship and attend college. Tuition is going up and the farm worker’s pay is one of the lowest in the country. It’s also one of the hardest jobs but what else can we do, if we don’t receive help from the government?

The passing of AB-130 was an accomplishment but it’s not a complete accomplishment, it’s only half of the California Dream Act. I was actually working when I received a text from my friend with the exciting news that AB-130 was signed. That was a small victory but it’s saying that we can do something. We have rights and we can fight for our rights. Our governor should sign AB-131 because that is the real California Dream Act.

When I was told the federal Dream Act did not pass I honestly cried. I was working that day as a photographer when I received texts and emails saying that it didn’t pass in the senate. I was really disappointed with the political power. However, I got more energy because I realized that it wasn’t over.

Our community is one of the most conservative in California. Madera is part of the Central Valley and is ruled by farm owners. We have the population but we don’t have the political power. We need to educate our community. Some people say that every Mexican comes as a gang member and brings violence to our community. I’m positive that this not true for many people. I haven’t contributed a lot but I have been a small productive change for this community.

We dreamers were afraid back then. Almost everybody was in the shadows. However, I decided to be open to the public and tell them that they ‘re not the only ones. We’re going to fight until we pass something that helps us with our education. Because that’s all we want, we want to give this country back what they have given us.

They gave us a free education from K to 12. If this country doesn’t give us the opportunity to give back then they just wasted their money. If I’m not the change that I want to see in the world, who else will it be? There are thousands of dreamers, who are doing the same thing I’m doing but our small efforts can make a dramatic change.

My family, my community, past leaders and my stories are the inspirations that help me to continue. I don’t want others to suffer what I have suffered. There are past leaders who made sacrifices like Benito Juarez, who was an indigenous Oaxaqueño that became the president of Mexico. Our work has been difficult but it has not been a waste of our time or efforts.

To see the third part in the series please visit: https://southkernsol.org/2012/05/10/series-four-voices-one-dream-3/