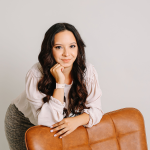 Kern County is one of the top pesticide users in the state. Shafter and Arvin are working with AB 617 and the Department of Pesticide Regulation (DPR) to enforce pesticide monitoring and notification systems to protect their community members and agriculture workers from the use of pesticides.

Meet the finalists running for Arvin’s next City Manager

The Arvin City Council is down to four City Manager finalists.

Arvin’s air monitoring has been a primary goal of Assembly Bill 617 (AB 617), a community air protection program to help the most severely impacted communities with air pollution.

Save A Life Today (SALT) – Stomp Out Suicide

Save A Life Today (SALT) is a nonprofit organization in Kern County that helps raise funds for suicide prevention and to assist those bereaved by suicide.

For the second time in California history, a recall attempt against the Governor of California qualified for the ballot.

Because of its antiquated state, Arvin Police Chief Eddie Brock and the city staff requested a proposal for the construction of a new police facility.

Arvin’s wastewater is in urgent need for a repair

Arvin wants to take action to repair the wastewater treatment plant and the ordinance regulating the use of sewers.

The Arvin City Council has decided to fund DiGiorgio Park to create more activities for the children — a project that was postponed due to the pandemic.

The council approved the development agreement between the City of Arvin, FSBT Holdings, and Jam Realty Holdings, the owner of the property, for the development of a commercial cannabis operation, located on South Derby Street.